Oh no, something went wrong. Please check your network connection and try again.

find a coach near me

Private Football Coaching Near Me in Bristol & Gloucestershire 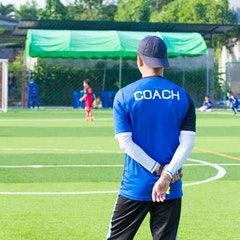 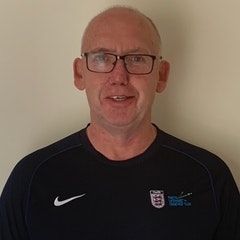 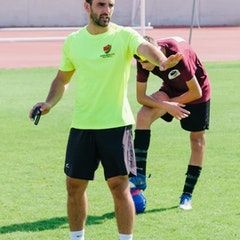 How Do I find a Personal Football Trainer Near Me?

Enter your location (i.e Bristol) and browse through all coach profiles. You can sort the results by price, reviews and gender to identify the coach that best fits your needs.

From the coach’s profile, click the “Message Coach” button if you have additional questions for the coach, or click the “Book Now” button if you are ready to start training. After you book your coach, you'll receive each other’s contact information; call or email your coach to set up your first training session.

Now you're ready to improve your game! With every session, you’ll improve your game, learn new skills and gain confidence. Receive actionable feedback from your 121 football coach to work on between training sessions. Remember, you're in good hands with our dedicated customer support team.

Simply put, Coachability coaching works. Every day, across Bristol & Gloucestershire, Coachability players are learning new skills, fine tuning their games, and building their confidence on the pitch. They are well on their way to the next level, and the one after that. And they feel great! But don’t take our word for it. Check out what parents and athletes are saying:

Danny (9) had his first session with Garry yesterday. It was fantastic, and Danny left the session beaming about the coaching and what he had learnt. Garry pitched it perfectly for a 9-year-old and has a really good philosophy to his coaching approach, He was both very attentive and encouraging of Danny, and the drills and techniques were spot on. He also went 'above and beyond' by sharing little clips and links for Dan to keep practising and watching at home. Richard E, Parent in Bristol

A Personal Football Coach For All Ages & Abilities

Coachability is the easiest, safest & most affordable way to connect with an experienced football coach for private football training sessions in Bristol & Gloucestershire who can help improve your athletic performance and reach your individual goals.

Do you provide football coaching for Kids near me?

Yes, around 65% of the training sessions taking place in 2021 were for children aged 7 to 16. This includes complete beginners learning the fundamentals, grassroots players and elite performers such as academy players. We do of course deliver football raining sessions to children as young as 4 and provide private football training to many adults.

What are the locations for 1 2 1 football coaching near me?

What can I expect from a football coaching session?

You will meet a professional coach who has the knowledge and experience to provide you with the maximum amount of benefit from your football training session(s). Coaching sessions will be tailored to meet your specific requirements to ensure that weaknesses are reduced and your strengths shine through.

Personal Football Training Near Me with Coachability

Have a question? Looking for some advice?

Welcome to Coachability's page for Bristol & South Gloucestershire. Our platform allows you to Search, Book and Train with your very own private football coach for 121 and small group training.

Situated in the South West of England the city of Bristol and the county of Gloucestershire share a border and is situated by The Severn Bridge (M48) which links England with Wales.

Bristol have several well known landmarks including the Clifton Suspension Bridge designed by Isambard Kingdom Brunel in 1831 and completed in 1864. Bristol is also the home of artist Banksy with many of his iconic artwork displayed across the city.

Nearby Football in Bristol & Gloucestershire